The theme for the Trade Fair was, ‘Promoting Innovation and Technology in Agriculture and Trade’.

Among the projects that were showcased was the guava value addition and processing where locally sourced guava fruits would increase income for farmers through development of products that increase human nutrition while reducing losses. The exhibition of guava nectar, guava jam and guava wine attracted a lot of interest among the visitors to the stand.

The pigeon pea project showcased a drought tolerant, high yield potential, continuous harvest, early maturing, excellent nutritional, quality natural antioxidants, a good source of redox properties (anticancer properties) which fixes nitrogen into the soil bean. The bean has high demand in the local and regional markets, insect and pest tolerant. This project was key in showcasing the role of research for development.

UoN’s College of Architecture and Engineering showcased an architectural urban plan of Voi, and designed outfits and bag with braille specifically for visually impaired people. These were projects were by students.

The University also actively participated in the farm and dairy section, where the Vet Farm, Field Station, Pilot Plant and Animal Production Department competed in the exhibition categories of selected entries; the departments won trophies of the Perpetual Challenge Cup.

The university’s Science and technology park show cased a delivery cushion in line with Turkana community. The project promoted safe delivery in a hospital in a way that provides for traditional values while allowing close monitoring and prompt mitigation of any complications that might occur by the nurse in order to reduce maternal and neonatal mortality. The project targeted Turkana and Karamoja community who have been avoiding giving birth in hospital for years due to culture and believes. 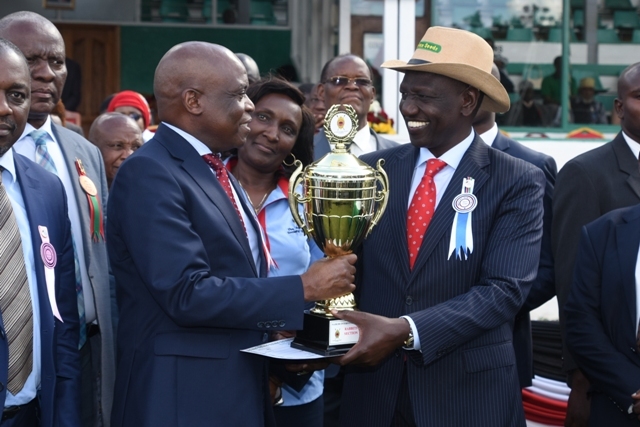