Day of Non-Violence as Gandhi is celebrated | University of Nairobi

Day of Non-Violence as Gandhi is celebrated

In a celebration that marked the 150 years since the birth of Mahatma Gandhi and 13 years since the establishment of International Day of Non-Violence, Hon. Kalonzo Musyoka, Special Envoy to the Republic of South Sudan urged Kenyans to embrace dialogue, peace and non-violent means to achieve their objectives just as Mahatma Gandhi did.

Speaking during the event in Taifa Hall, Main Campus, Hon. Musyoka cautioned Members of Parliament to avoid hate-speech that could bring Kenyans to a brink of violence and disturb the already existing peace that has been created by the handshake and the Building Bridges Initiative.

“I have been known as a peace maker. I was very instrumental in the discussions and peace negotiations in South Sudan. I have been trying to be a little Mahatma Gandhi, using nonviolent ways to bring peace across the region,” he said.

Kalonzo outlined many instances where he played a leading role in bringing peace in several elections across the globe including the Sri Lanka, Congo and Mozambique. In those two instances, he was assigned the role of a Peace Mediator.

“I urge our leaders to stand for what is truthful just like Mahatma Gandhi did. We need peace for the business community to grow and to employ more people.”

Prof. Isaac Mbeche, the University of Nairobi Vice Chancellor, opined that we live in a global community with diverse cultural values and we need to appreciate our diversity without conflicts.

“University of Nairobi philosophy is founded on care and tolerance,” he said.

He applauded the Indian Community for having been a worthy partner for the last 60 years. They donated generously for the construction of Administration block, Gandhi Wing and Gandhi Memorial Library. Prof. Mbeche was represented by Prof. Stephen Kiama, Deputy Vice Chancellor, Human Resource and Administration. 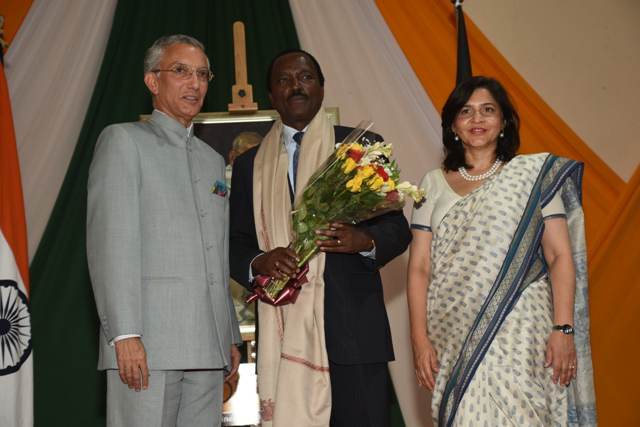