The Global Centre on Adaptation (GCA) in partnership with the University of Nairobi will celebrate the Africa Adaptation Acceleration Day on the 26th of October, 2021. The celebrations are a precusser into the United Nations Climate Change Conference (COP26) in Glasgow.

The Acceleration Day will be a hybrid event hosted within the main campus of University of Nairobi. On the agenda is a public lecture on the state  of adaptation acceleration focusing on Africa with keynotes from high-level respondents and an inauguration by President Republic of Kenya,  H.E. Uhuru Kenyatta, launch of the state and trends in adaptation in Africa 2021 report and a partnership forum on delivering adaptation together; key partners will discuss how to advance adaptation across Africa focusing on delivery of the Africa Adaptation Acceleration Program (AAAP)  and collaboration opportunities in AAAP's implementation as Africa’s roadmap for enhancing key resilience building initiatives. 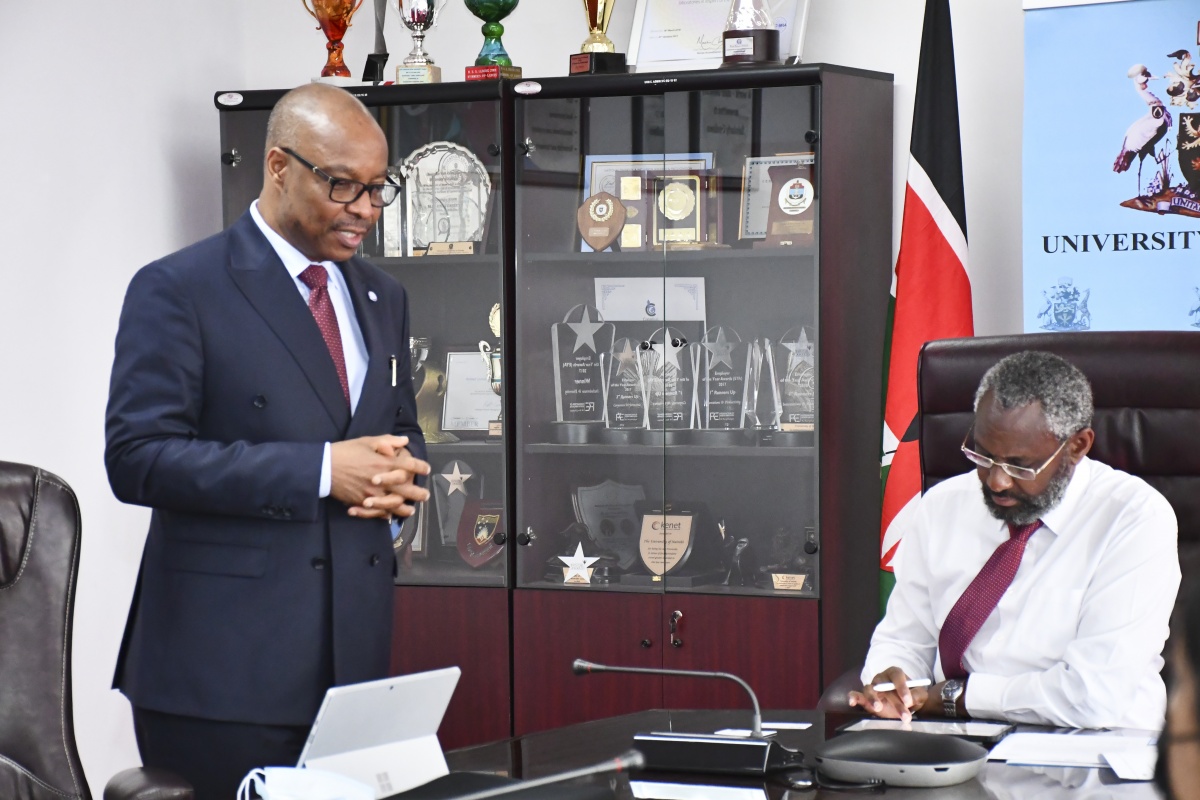 Speaking with the Vice-Chancellor, University of Nairobi, Prof. Stephen Kiama, the Regional Director, GCA, Prof. Anthony Nyong emphasized the readiness of Africa to build resilience through infrastructure that keeps climate change at the forefront. The mobilization to accelerate adaptation action across Africa is a huge priority given that Africa is the most vulnerable region to the deadly impacts of climate change

Prof. Nyong further explained that GCA is guided by four pillars geared towards the realization of adaptation acceleration; the modernization of agriculture in Africa factoring in climate change, the maximization of nature based solutions in infrastructure development, mainstreaming job creation among the youth in Africa and the acceleration of programmes and innovation finance strategies that will raise resources used to invest in resilience.

The GCA Director noted that the launch will include a series of action-forcing events towards a sustainable momentum for accelerating adaptation action in the African continent.

The GCA will work closely with the University of Nairobi through the department of Earth and Climate sciences to accelerate the resilience of least developed economies in Africa.